It’s all in the Planning.

The rain lashes down on the windscreen, blurring the darkening road ahead, but I don’t care; the adrenalin’s pulsing through my veins, a glorious high. The wipers work furiously to clear the rain, and I can’t wait to get home and raise a glass in memory of my dear old Dad, who taught me everything I know.

“It’s all in the planning, Michael.” He instructed me. “Planning and preparation, then you’ll be successful, my boy.”

I smile at his memory, remembering how I’d worshipped everything about him. I longed to grow up and work with him, to be at the top of the tree as he was. People had respect for my Dad, and no one crossed him, not even Mum – she knew which side her bread was buttered. I could remember him lifting me on his shoulders and striding down to the corner shop.

“Anything you fancy, Mikey boy, and it’s yours.” He would laugh as I dithered over what to choose; gob-stoppers, black bullets, sherbet fountains, everything a boy could wish for and my Dad, holding my hand. Life couldn’t get any better. Then there were the hours we spent in the garden shed. Dad’s collection fascinated me, and if he were in a good mood, he would let me sort through his ‘tools’. Tiny screwdrivers, bits of wire, old padlocks, torches, things to fascinate any boy. Mum would get cross when he took me out there.

“Leave the boy alone, Jack.” She would plead. “Let him make his own way in life.” But Dad always had the last word; I was to be trained as he had been, he told her, and that was all I had ever wanted.

Dad would have been proud of me today. I’d been meticulous in the planning and execution of this job, my biggest one so far. A pretty fair day’s work all around, even if I say so myself. Weeks and weeks I’ve watched that supermarket; cost me a bloody fortune in coffees too but it was a brilliant plan, so easy.

Creatures of habit in these supermarkets – they deserve to get robbed. Even a child could think up a better security system.

Just a few more miles, and then I can really celebrate. Now, where did I put those fags?  Hell’s bells, what was that?

I can see him now. Dad. He looks much smaller in here, and the smiles are gone too. From the angry scowl on his face, I could tell he was cross with Mum.

“Why d’you have to bring the lad?” He snarled at her and ignored me.

“He wanted to come, Jack; you know how he idolises you.”

Dad appeared different somehow. Gone was the confident, proud man I knew. He’d lost weight, and there were dark circles under his eyes. Wearing an ill-fitting boiler suit of kinds, he looked nothing like the dapper man I knew and revered. Mum told me there’d been some sort of mistake, and Dad had to go away for a while. I must have worn her down begging her to go and visit him, but now I wished I’d never asked. It was making him cross. But Dad relented and pulled me onto his knee. Everything was fine again until I asked when he’d be coming home.

“It’ll be a long time yet, lad, so you’d better be good for your mam and look after her for me.”

I nodded my head, not daring to speak for fear of the hot tears I was holding back escaping.

It’s dark now, pitch black, and the rain’s stopped. Sprawled at an angle across the dashboard of the car, I struggle to open my eyes but can’t focus. Goodness knows how long I was unconscious – it could be minutes or even hours. My head hurts, but even worse is the excruciating pain in my left leg. I reach down to touch it and feel a warm sticky wetness – blood! Outside is quiet and black as the grave. I can remember hitting something in the road, a fox or a rabbit perhaps, and then swerving off down the bank. Bloody hell, I could be here all night! So dizzy – and the pain!

I cried all the way home. Mum tried to comfort me, but I thought I would never see Dad again. People kept staring at us on the bus.

“Sshh, Michael. It’s bad enough that we have to go an’ visit that place without you drawing attention to us now. Quiet son, please.” But I couldn’t help it. My Dad was no longer in charge. He’d been led away by two big, burly guards who seemed intent on hurting him. They didn’t need to be so rough with him. If he’d met them on the street, he’d have shown them who was boss. What mistake was it, I wondered, and why did Dad have to stay in that awful place?

Mum looked at me solemnly.

“Michael, your Dad’s a villain.” She’d said before we set off, “There’s no two ways about it. He’s broken the law, and now he has to do his time. Just let this be a lesson to you. You’re a bright boy, an’ you can go places an’ have a good life. Don’t be like your Dad.”

But all I’d ever wanted was to be like my Dad. He was my hero. I was eight years old, and my Dad was my life. How could I not want to be like him?

Damn it! I must stay awake, but it’s so cold – got to get out of here and get some help. How could it have gone so horribly wrong? I’ve always maintained that planning and preparation were essential for success, and I’m usually right. Oh! The pain’s killing me! I couldn’t have done much more to prepare, but – sod it – there’s only one way out now, and I’ll lose everything I’ve worked so hard for.

At least the bloody rain’s stopped. I must get out of the car, but the pain’s so bad, I feel weak and dizzy. It’s so dark too, but I can’t complain that was part of the plan.

It’s laughable really, emptying the tills every hour at the same time and Securicor, never there before 5.00 pm. An open invitation to anyone with half a mind, easy pickings – but hell, what a mess I’m in now, blood everywhere – need to do something quickly.

Oh, the look on that supervisor’s face. Priceless! I’m sure she must have wet herself when I held the knife against her ribs.

“Just be a good girl, and I won’t have to use it.” She’ll be dreaming of me forever. And all that lovely cash, it’s refreshing to know that in this world of the little plastic card, so many people still use good old fashioned cash. Dirty, crinkled notes, just how I like them.

But what on earth can I do now? Perhaps if I hadn’t driven so fast or lit that cigarette?

The getaway was perfect, just as I planned. 4.20 pm to get the maximum of the day’s takings and miss the tea-time rush. The light would be fading then too, an hour’s drive through the quiet country lanes, and I’d be home and dry. It could have worked like a dream; it should have worked like a dream. Sod’s law, I suppose. The bend was slippery with the rain. Thought I was a goner when I went off the road – reckon I still could be if I don’t get this stupid door open.

The disguise was good – would even have fooled my old mum. God bless her. A false beard works wonders, and with the baseball cap and baggy charity shop tracksuit, I hardly recognised myself. Easy to whip off too, a quick strip in the car, and I was back to a younger, fitter man. The limp was a stroke of genius, trailing my leg and stooping forward – added twenty years at least.

Great, the door’s open at last. A bit of mud won’t hurt, not like this leg. I can’t stand on it, and the bone’s sticking out. Bloody hell, if I don’t get on with it, I might pass out. No one can see me down here. Must attract attention quickly – feeling quite light-headed now…

The car’s a write-off. A new car was the first thing on my wish list – this isn’t turning out as I planned.

Ah, look at these lovely carriers, stuffed full of money. Wonder how much cash is in there? A holiday in the sun, a trip to LA, some new threads to impress the ladies. Now I’ll never know.

Pull yourself together, Michael. You have to do this. It’s dark now, think. What options are left? Bleed to death in the mud and be found in a week, maybe a month? Or attract attention.

What would you do, Dad? I’ve always tried to think like you. You were the best in the game, and I’ve tried so hard to be like you. What was that mistake which ended it all? I never did find out. Mum was tight-lipped when I asked her. I only saw you one more time before you died. Bloody lousy luck ending up in there and dying so young. Life’s not fair, but you always told me that, didn’t you?

I wish we could have worked together. There’d have been no mistakes then, eh? More fun too. Jack and Mikey, just like you said it would be. You’d have had a right good laugh today Dad. Those scared faces, grovelling to give me the money they were. A right good laugh we’d have had together.

Funny, I can’t feel the damn leg now; numb it is. Maybe the mud’s good for it?

Attract attention, Michael boy. You know what to do even if you weren’t a boy scout. Sorry, Dad, I didn’t plan for this hiccup, and it was going so well – attention, in the dark, it’ll have to be a fire.  Huh, a fire in a cold, wet copse where everything is soaked. Just my luck that the only thing not sodden with this damned awful rain is my lovely crinkly cash! Gives new meaning to the phrase ‘money or your life,’ eh? What would you do, Dad? There’s only one thing to do, it’s a no-win situation – keep the money and probably die, or burn the money and live. Where the hell are those matches? 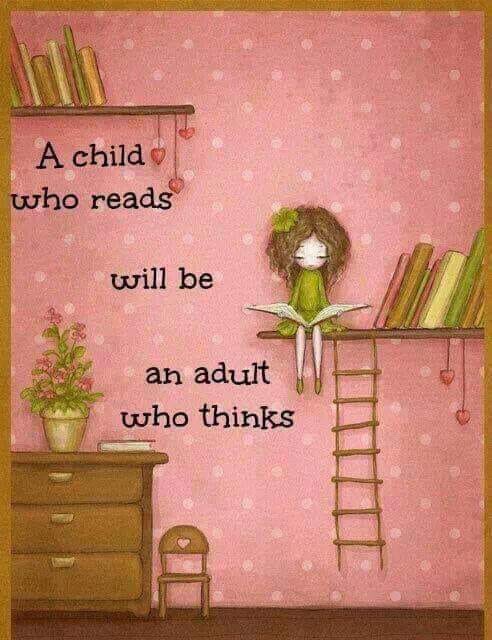 The Joy of Books